With so many milk substitutes available to choose from, it can be overwhelming to know which option is right for you. This post looks at 6 popular plant-based milk alternatives and how each compares to cow’s milk from a nutrition standpoint.

Have you ever wondered which is the healthiest plant-based milk alternative? Are they even nutritionally comparable to cow’s milk? What are all those food additives on the ingredients list? If the massive selection of plant-based milks has left you confused, you’re not alone.

As a registered dietitian, I’ve realized that many people are not aware that these milk alternatives are not nutritionally equivalent. I’ve also seen that many people are confused about the ingredients added to plant-based milks, and may be wondering if they should be making them at home instead.

This article compares the nutrition profiles of 6 of the most common cow’s milk alternatives. I want to note that this is an UNBIASED view – I am NOT promoting veganism or telling you to not drink cow’s milk. However, I recognize that:

To start, let’s breakdown the nutrition facts of cow’s milk so that we can compare it to it’s plant-based alternatives.

From a nutrition standpoint, cow’s milk:

While cow’s milk may be a nutritious food for those who can tolerate it, unfortunately much of the population cannot.

Aside from intolerances and allergies, there is growing interest in vegan and vegetarian diets, and individuals may choose not to drink cow’s milk for environmental or ethical reasons.

For those individuals who cannot or choose not to drink cow’s milk, it’s important to understand how plant-based milk alternatives compare nutritionally. Through this blog post I hope to empower you to make an informed decision when including plant-based milks in your diet!

Out of all the plant-based milk alternatives, soy milk is the only one that is comparable in protein content to cow’s milk.

Soy milk is made from filtered water and soybeans, a type of legume that offers a high quality plant-based protein. They have been part of traditional South Asian diets for thousands of years and are known to promote health through the presence of isoflavones, which exhibit anti-cancer properties.

Soy milk can be a good alternative to cow’s milk and is the closest to it in nutrition. Unfortunately, soy protein allergy is also common and thus it may not be appropriate for everyone.

From a health standpoint, soy is a very controversial food. However, whole food sources of soy (tofu, tempeh, soy milk) can be highly nutritious.

So long as you don’t have an allergy, including a moderate amount of whole food sources of soy is likely beneficial.

Almond milk, made from ground almonds and filtered water, has become one of the most popular plant-based milks in North America, Europe, and Australia.

While whole almonds may be a good source of protein, almond milk is not – one cup only provides 1 gram of protein (compared to 8 grams in cow’s milk). In addition, unsweetened almond milk is:

For those who do not have a nut allergy, almond milk can be a healthy choice. It should not, however, be considered a nutritional equivalent to milk. It is significantly lower in protein, calories, and carbs – other foods should be included in the meal/diet to make up for this!

Because of its creamy consistency, foaming ability, and naturally sweet flavour, oat milk has become increasingly popular in coffee shops over the last couple of years.

Made from rolled oats, oat milk can be a great alternative to other plant-based milks if you’re allergic to soy or nuts. If you’re gluten-free, be sure to choose oat milks make from certified GF oats.

Because the oats are strained, oat milk does not have the same nutritional value as a bowl of oatmeal, however, most commercial varieties are fortified with vitamins and minerals.

Like almond milk, oat milk is not nutritionally equivalent to cow’s or soy milk and is not a good source of protein. Again, this doesn’t make it “less healthy” – it simply provides a different makeup of nutrients.

This grain milk is made by mixing milled rice with water.

Because rice is rich in carbohydrates, rice milk is higher in both sugar (13g per cup) and carbohydrate (22g) content than cow’s milk, which also makes it naturally sweeter.

In addition, rice milk is a poor source of protein (< 1g) and relatively low in fat (2.3g, mostly monounsaturated).

Like oat milk, rice milk can be a good choice for individuals who are allergic to soy, nuts, and gluten. In fact, rice milk is the least likely of all milk products to cause an allergic reaction.

Similar to oat and almond milk, rice milk is not a good source of protein like cow’s or soy milk is.

Coconut milk is made by extracting the liquid from grated white coconut meat, which is rich in saturated fats.

Despite its high saturated fat content, research has found that coconut may actually help to increase HDL (good) cholesterol. More research is needed in this area, but in moderation coconut products are fine to include in a healthy diet.

Coconut milk has a very different nutrition profile to the other milk alternatives, providing 45 calories per cup, very little protein (<1g), very little carbs (<1g), and higher amounts of fat (4-5g). While it’s rich in flavour and a healthy choice, it also is not a nutritional equivalent to cow’s or soy milk.

Made by blending hemp seeds with water, hemp milk offers an earthier and nuttier flavour than many other plant-based milks.

Hemp milk is slightly higher in protein (4g) and fat (7g, including omega-3s) compared to other plant-based milks, and is lower in carbohydrates (1g) and calories (80 per cup).

Like other milk alternatives, commercial varieties are often fortified with vitamins and minerals.

Because hemp seeds are highly nutritious, hemp milk likely has similar nutrition benefits (particularly if homemade without straining), although there is little research to support this.

The nutrient content between store-bought and homemade plant-based milk alternatives can vary widely.

As consumers, we have little control into how much of each nut/seed/grain is actually in a cup of commercially-available plant-based milk. If we make our own, we know exactly what we’re putting in.

While homemade milks may offer more macronutrients, store-bought options will likely have higher amounts of micronutrients (vitamins + minerals), simply because they are commercially fortified with them. You can check the ingredients list to see if the product has been fortified (not all of them are!)

Store-bought plant milks will often contain additives like thickeners and emulsifiers to improve the consistency of plant milks (so that they mimic the mouthfeel of cow’s milk). Some common additives in plant milks include carrageenan, guar gum, xanthan gum, and gellan gum.

There is some evidence to link carrageenan to digestive issues, inflammation, and cancer – so I would advise choosing options without carrageenan if possible.

The various gums are essentially soluble fibers that are not digested, and research suggests that they are generally safe (although they may cause some digestive upset in some).

Ultimately, the choice to purchase plant-based milks or to make your own is a personal one. Both options have their pros and cons!

Overall, plant-based milk alternatives can be a healthy choice for individuals with milk protein allergy, lactose intolerance, or those who choose not to consume cow’s milk for other reasons.

When deciding which plant-based milk to choose, try to keep the following points in mind:

The nutritional value of plant-based milks are NOT the same as a serving of the original food source.

Other than soy milk, most of these milk alternatives are NOT nutritionally equivalent to cow’s milk, and are significantly lower in protein.

Cow’s milk is a common source of many essential nutrients, so if you are swapping it for something else, be mindful to include other sources of those nutrients in your diet!

Because most plant-based milks are not a balanced source of nutrition, they should NOT be used as a milk substitute for infants. Doing so could lead to many nutritional deficiencies and poor growth and development.

Check the ingredient list of store-bought milk to learn more about that specific brand.

If making plant milks at home, know that they likely have a lower level of vitamins + minerals and that you will need to get these from other food sources. On the flip side, you have complete control over what goes in homemade milks, and they are often much richer in flavour.

So, Which One Should You Use?

All in all, there is not one cow’s milk alternative that is “healthier” than another. It truly comes down to your individual needs (allergies or intolerances), preferences, and taste.

Most plant-based milks can be great swaps to use in your cooking or morning coffee, but they don’t necessarily provide the same balance of macronutrients as cow’s or soy milk!

I hope this post can help guide you the next time you’re deciding what milk to use. I’m curious to know what type of “milk” you personally enjoy and how you like to use it. Let me know in the comments below!

Pin it for later: 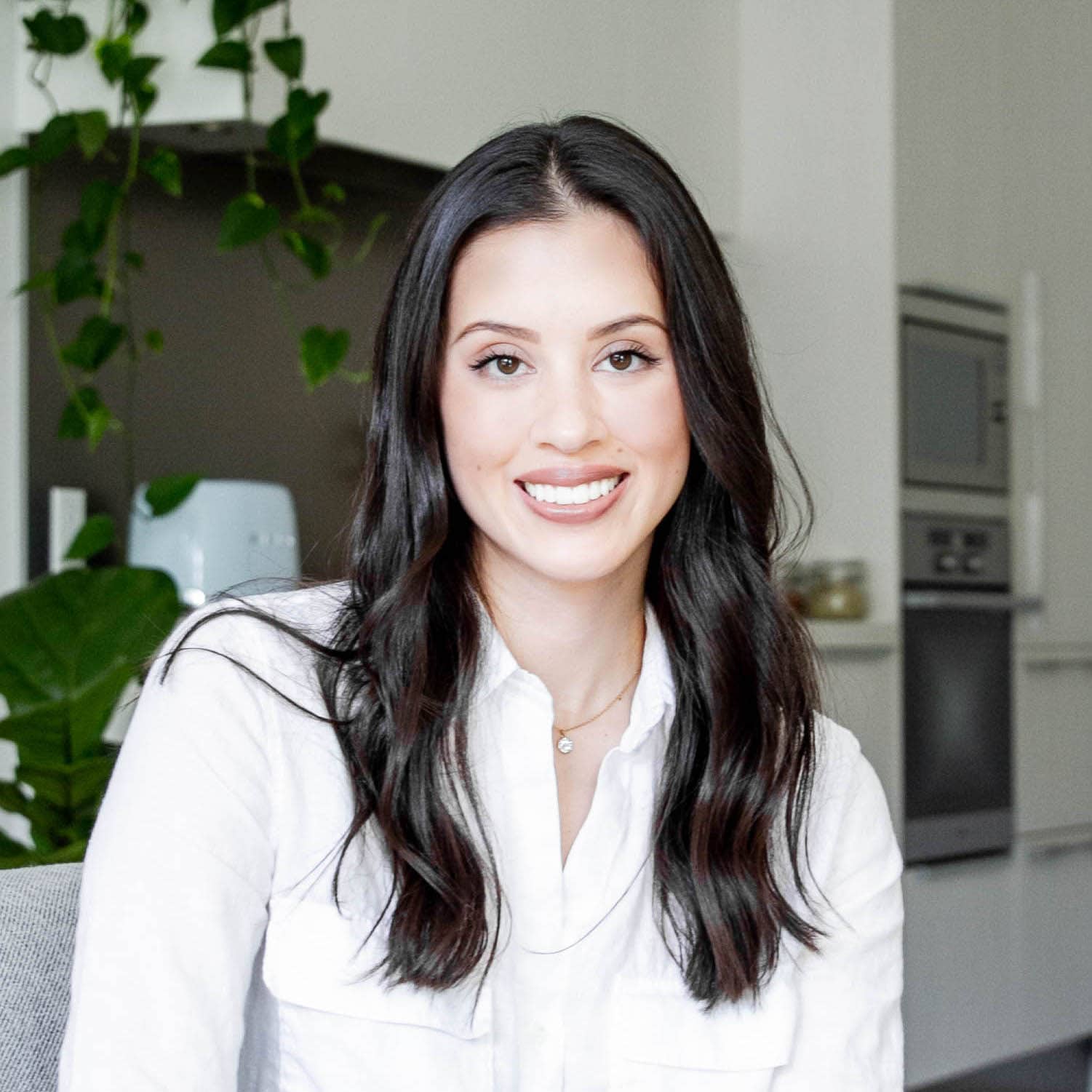 Hi, I'm Carrie Walder, MS, RD! I'm a Registered Dietitian in both Canada and the United States. Here, and on my Instagram (@walderwellness), I share ways to add more whole foods into your everyday life in a simple, realistic, and nutritionally balanced way. Thanks so much for stopping by!

Looking for easy, healthy recipes all in one convenient, downloadable place?

Our recipe ebooks are available to print or instantly access from your phone, tablet, or computer - ad-free!

Join the Walder Wellness email list and get a FREE copy of our 15 Top Recipes E-book!